Pain is the most frequent complaint following burn injury  and the pain associated with a superficial burn can be particularly severe. Unlike other types of pain, burn pain may worsen unpredictably during the course of healing. This occurs due to changes in the evolving wound bed like the appearance of epithelial buds which indicate wound closure is imminent.

The burn itself creates mechanical and thermal hyperalgesia in human skin, but the pain from the mechanical stimulation of the wound during assessment, cleansing and debriding is another major source of pain which can continue after the procedure is complete. This is called procedural pain. It is often described as having an intense burning or stinging sensation. If the dressing is expected to be painful, short acting analgesics administered 45 minutes prior to wound bed manipulation will ease the procedure for both the patient and the nurse.

Superficial burn injuries can cause significant background pain as well. Background pain can be described as a continuous burning and/or throbbing sensation which is present at rest and is relatively constant. The severity of background pain varies between individuals. It is best treated with regular slow release analgesics to keep plasma drug concentrations steady. Some patients may require short term admission for pain management reasons.

Adult Analgesic Guidelines
The following table provides a recommended short term (<72 hours) oral analgesia guidelines for the management of superficial burn injury. Aim for pain scores of 4 or less at rest. Analgesia should be reviewed after 72 hours and adjusted according to pain scores. Patient management should be guided by individual case and clinical judgement. 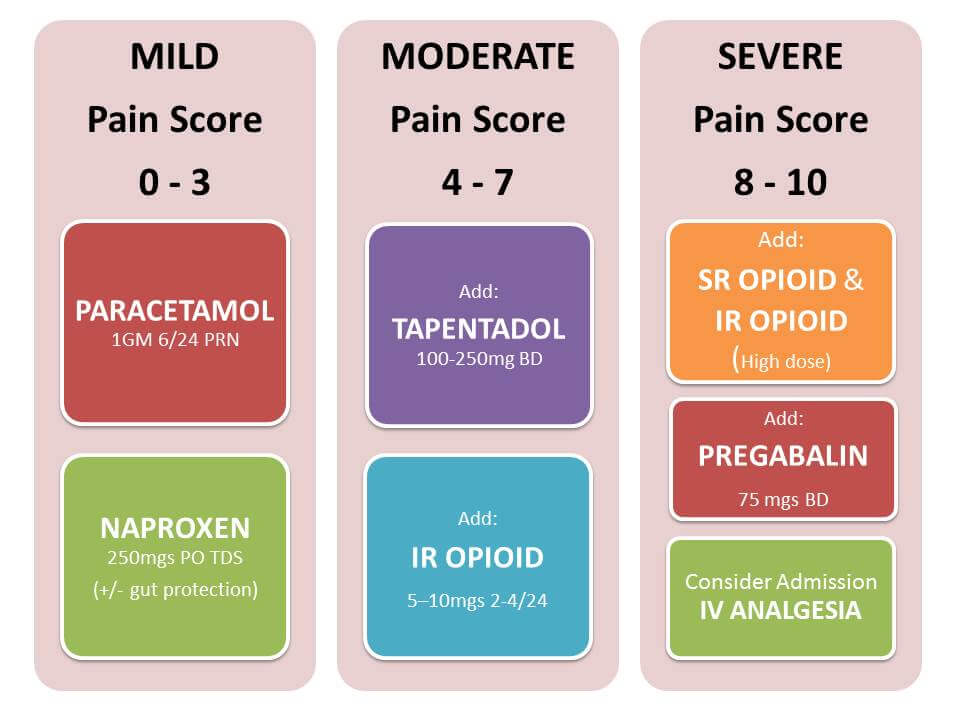 The following  analgesic recommendations for the management of paediatric burns are guidelines produced by the Royal Children’s Hospital in melbourne:

Oral sucrose has been shown to reduce pain in infants less than 18 months of age for minor procedures. Sucrose may be more effective when given with a dummy as the dummy contributes to non-nutritive sucking which contributes to calming

Sucrose is only effective if given orally. There is no effect if given via an oral or nasogastric tube.

Other strategies which assist in calming infants and can be used as an adjunct include; feeding (if allowed), cuddling, and wrapping.

The Alfred Hospital gratefully acknowledges the ongoing support and contribution of Skilled Medical in funding this project.  For more information on Skilled Medical, please visit www.skilledmedical.com
Supported by: